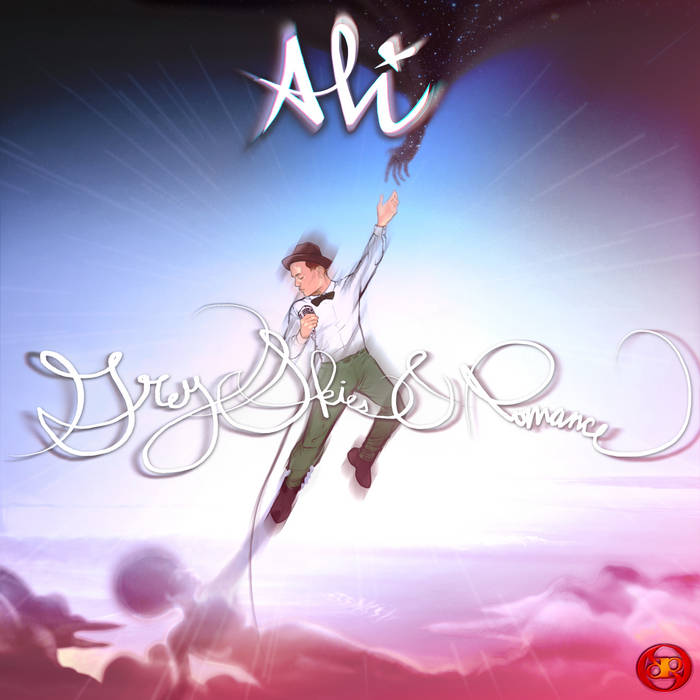 ABOUT THE ALBUM:
This album will help support Salim ALi in his journey to Boston's Berklee College of Music. When you purchase this album, each dollar goes towards funding Salim ALi's education from Berkeley to Berklee. Don't wait and think about it too long, just say yes, and you will be a generous donor who is supporting the next generation in achieving their dreams, his dream, of entering into his next steps of greatness.

ABOUT THE ARTWORK:
Ali's name is derived from the Arabic root ع ل و which literally means "high" or "Elevated". So, it is fitting that the artwork illustrates his elevation to the stars. Joaquin Jutt (vimeo.com/jjutt), the artist, did an amazing job capturing the vision for his cover art. Salim ALi reaches high, though he has not fully made contact, as the beautiful goddess Tefnut, (Egyptian goddess of moisture or damp, corrosive air) attempts to detain him from leaving. His expression exalts him towards the heavens as the goddess Nut (the Egyptian goddess of sky and stars) extends her hand towards ALi's to pull him into the cosmos.

ABOUT THE MUSICIAN:
Ali found an outlet, through music, after losing his father to cancer when he was just 7 years old. Since he has experimented with multiple instruments, receiving support from family and friends along his journey of expression to find singing as his main tool of expression. After attending Youth Radio, where he learned a great deal about music production, performance, and business, he set his eyes towards Boston's Berklee College of Music, the Harvard of music, to take his talents and skills to the next level.

At the age 20, Bay Area artist/musician, Ali, has rocked many stages throughout the Bay Area, and Northern California, in festivals, venues and showcases such as the Arcata Playhouse; Norse Auditorium – SF; Eastlake Music Festival; Eat-Real Music Festival; The New Parish –OAK; The Oakland Indie Awards; Oakland Drops Beats Festival; etc. Ali is a self-taught vocalist, poet, and emcee, whose lyrical and musical influences include R&B and Soul music from the 60’s to the late 90’s, that capture "old-school" sonic textures he considers the ‘golden eras’ of music, from his perspective, through which he interprets, and translates into his production, writing and performance. Ali tells mature, yet youthful stories through his songs that highlight heart-ache, risks and new experiences of intimacy on multiple levels of the heart from lust to love, as he discovers it.

Besides working on his current project for 2016, Grey Skies & Romance, Ali is currently performing as one of the lead singers in FBS (FatheR BrotheR Sun - FatheRBrotheRSun.com ), a hip hop, R&B, Soul, Rock fusion band. In addition, Ali is either writing new ideas down, in the studio recording them, or collaborating with colleagues to find the next song, totally immersed in his element, music.

Interviews With Butcher Brown and Slauson Malone, plus LP of the week by SAULT.